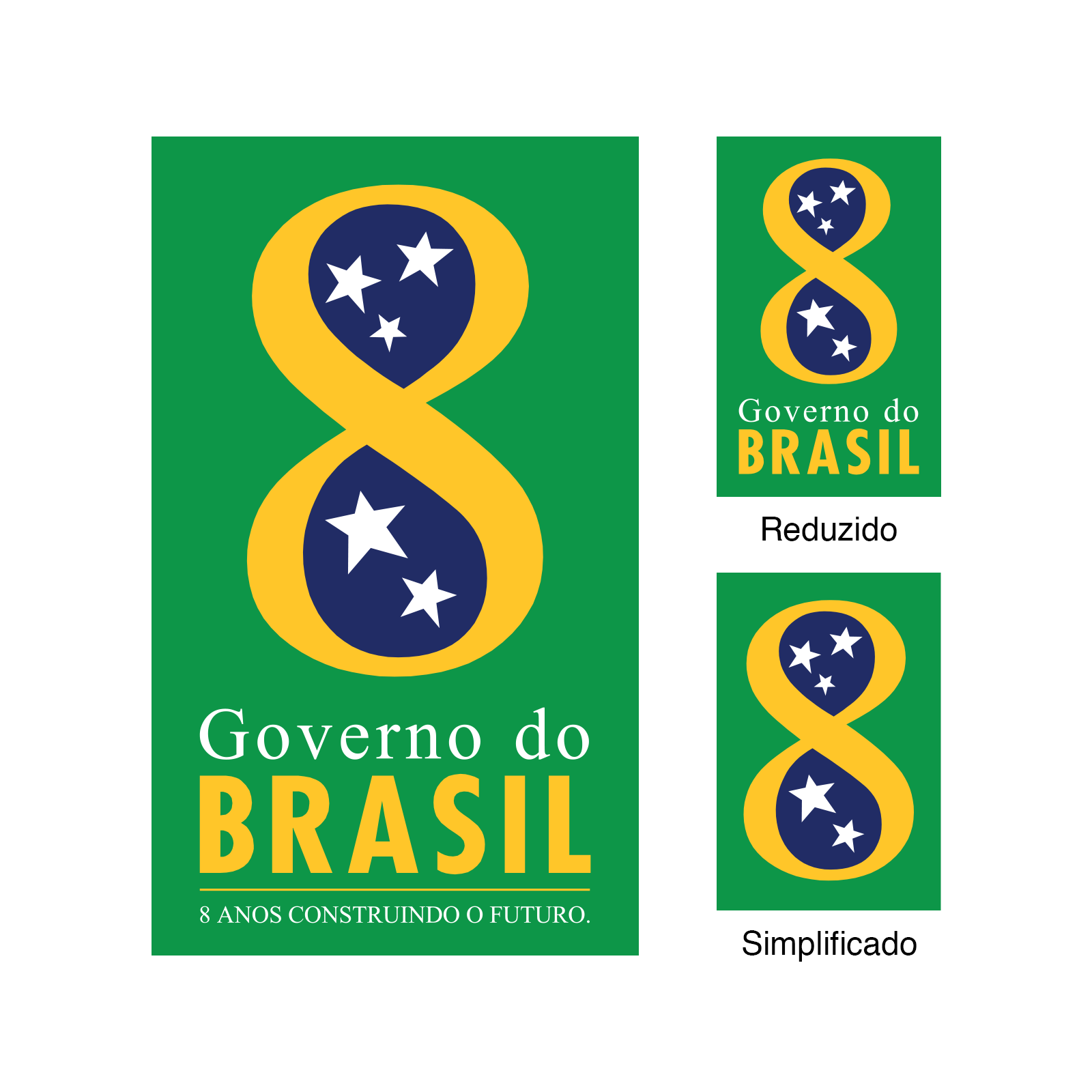 Remarks: This stylized 8, with star-filled blue counters calling to mind the Brazilian flag, was used to identify the federal government very late into the second mandate of the Cardoso government. First gazetted 7 March 2002, purpose of this late-term mark was to commemorate Cardoso being the first popularly-elected head of state to serve two consecutive four-year terms (never mind that the ability to serve two consecutive terms stems from a constitutional amendment during his time in office).

The marketing campaigns surrounding it were controversial. The governmental branding, extolling the successes under 8 years of Cardoso’s “Real Plan,” was considered by opposition parties to mirror too closely the messaging of his own political party (and particularly advertising from Cardoso’s likely PSDB successor, José Serra) heading into the upcoming election. In fact, its use was suspended by court injunction in early April 2002, leading to hasty replacement by an 8-less, slogan-less variant for the shortest of periods – from 8 to 11 April – until said judicial decision was revoked. At three days, this makes it the Brazilian governmental brand with by far the shortest longevity. As a consequence of its lifespan, and as it bears so great a similarity to the work which both follows and predates it, NBN has made the decision that clarity for the reader would not be enhanced by describing it in a separate entry. Yes, it is a separate brand, but it is so intimately related to the circumstance of the 8 anos work that the two must be discussed together.

As with every other identifier used during the Cardoso years, “Brasil” is in Futura. (Not coincidentally, his political party – the PSDB – also identifies itself with a Futura wordmark.) All other text in the construction, including slogan 8 anos Construindo o Futuro (“8 Years Building the Future”), is set in Times. The mark was ultimately discontinued on 31 December 2002.

In part as a consequence of the contentiousness of this brand, a depoliticized logotype was developed for public service announcements. This mark, consisting of the Brazilian flag, a horizontal rule, and the name of the relevant ministry in a neutral, neo-grotesque typeface (Univers), sought to rememdy legal questions surrounding the politicization of federal government communications through visual language. This particular logo has a life extending beyond that of the 8 anos campaign and into the Lula government which followed.

The time period in which this branding campaign was active was short, indeed. Nonetheless, an understanding of it is essential to grasping the norms surrounding contemporary Brazilian governmental publicity.