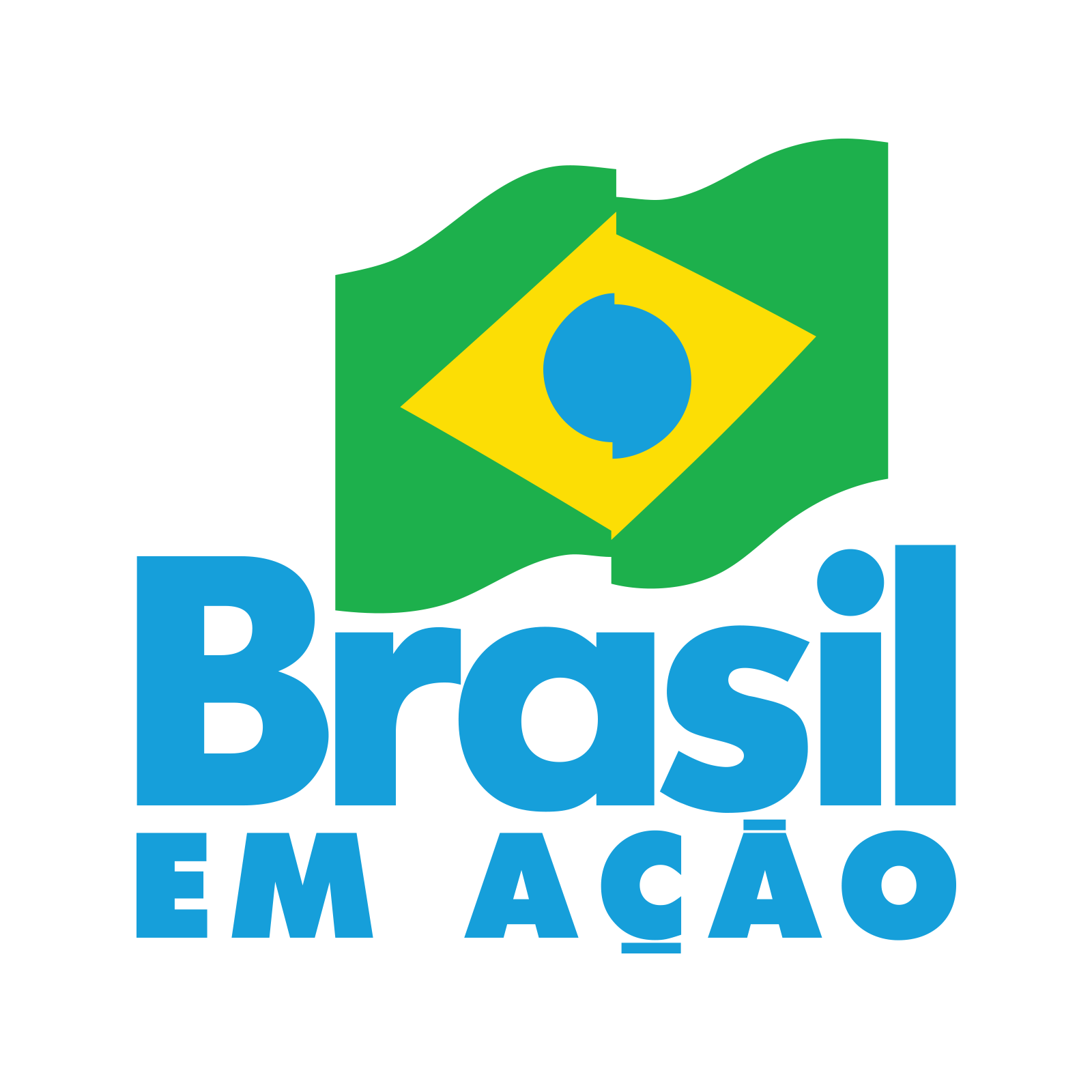 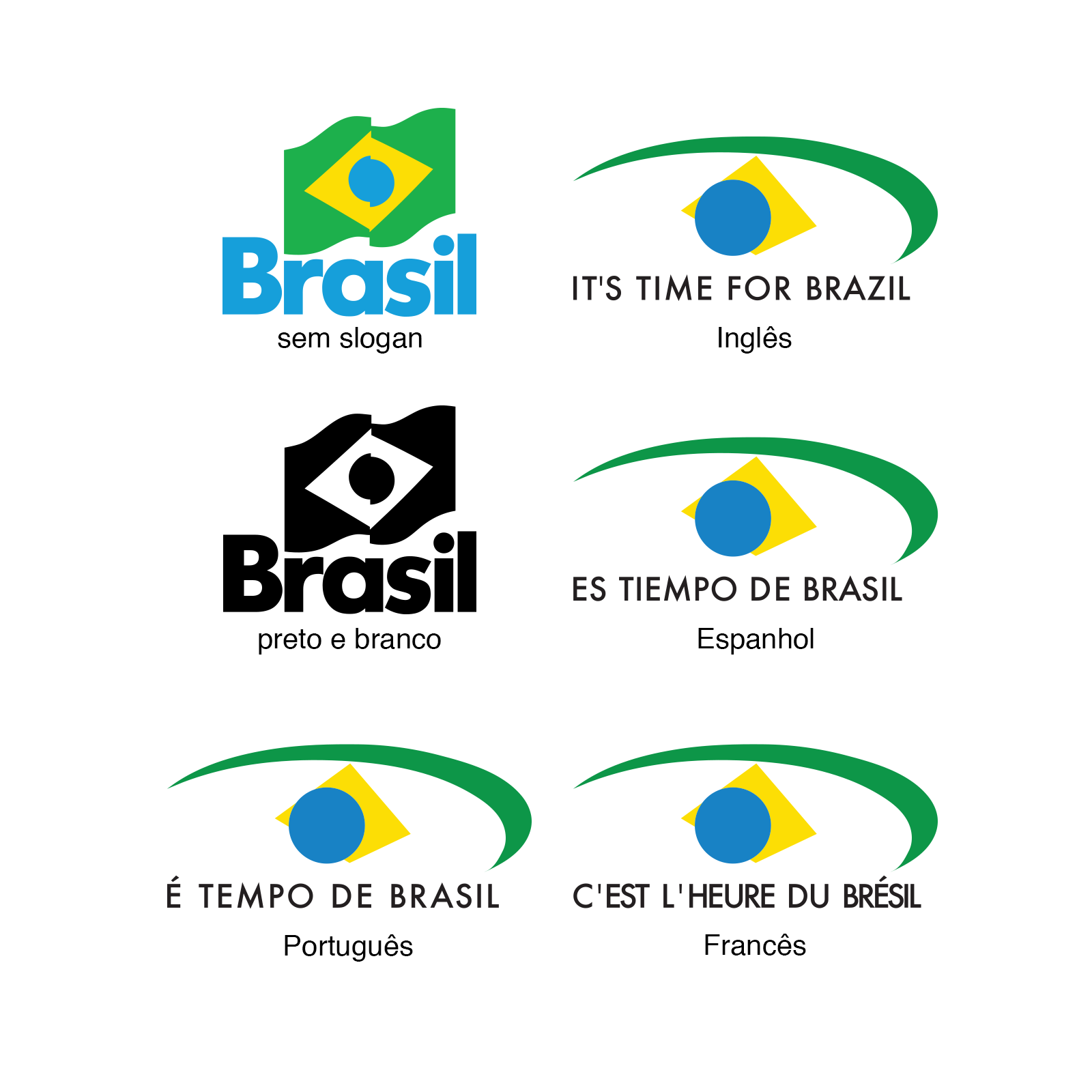 Remarks: This is the visual identity system, introduced 23 January 1997, used late in the first term of the Cardoso government. Its implementation follows use of a graphic representation of the national arms. An undulating stylization of the Brazilian flag is simplified and slips along a vertical, centred fault. Lettering is in bold weights of Futura. The slogan, Brasil em Açao (“Brazil in Action”) is displayed on an optional strapline. “Brazil in Action” calls to mind the eponymous economic growth programme managed by Cardoso from 1997-1999. The full logomark, strapline included, continued to see sanctioned application on projects directly connected to this programme even after its use as primary governmental identification concluded in 1998.

Introduced in tandem with the domestic mark was a symbol designed for use exclusively in communication with foreign audiences. This quite radical symbolic representation of the Brazilian flag features a blue disc partially laid over an irregular yellow rhombus, encircled on the top by a green swash. The slogan, É Tempo de Brasil (“It’s Time for Brazil”) is set in a Medium weight of Futura and localized into English, French, Portuguese, and Spanish.

Title: Instrução Normativa Nº 12, de 9 de Junho de 1998
Publication: Diário Oficial da União
Date: 12 June 1998 Number: 110 Section: ? Page: ?
Remarks: This legal publication, which NBN‘s editorial direction speculates contains guidelines providing for use of the stylized flag without strapline slogan, is important to the project. It is also missing. Neither the Imprensa Nacional, nor the Jusbrasil legal database have a copy. Have you seen it in a copy of Section 1 of the DOU dated 12 June 1998? Please get in touch.