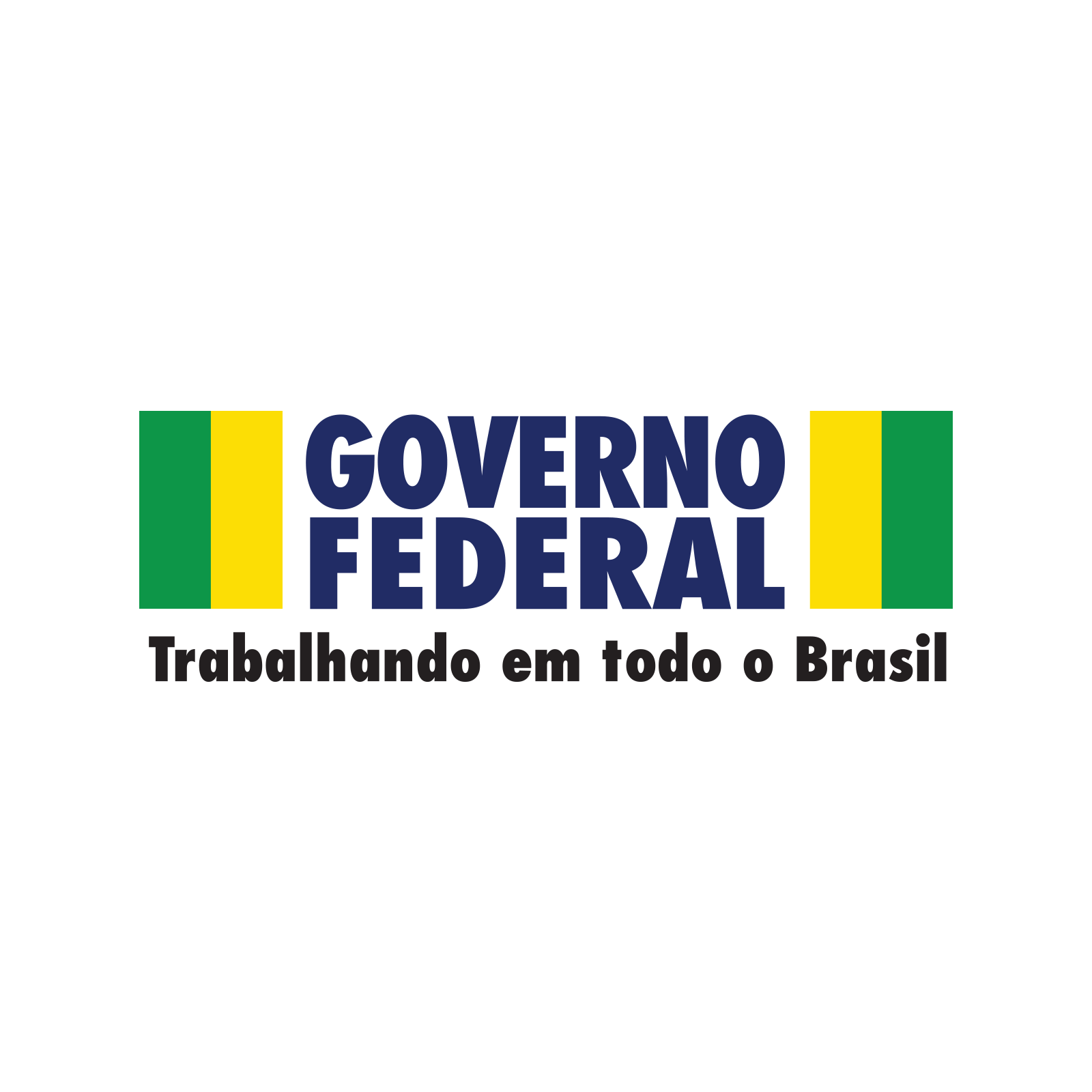 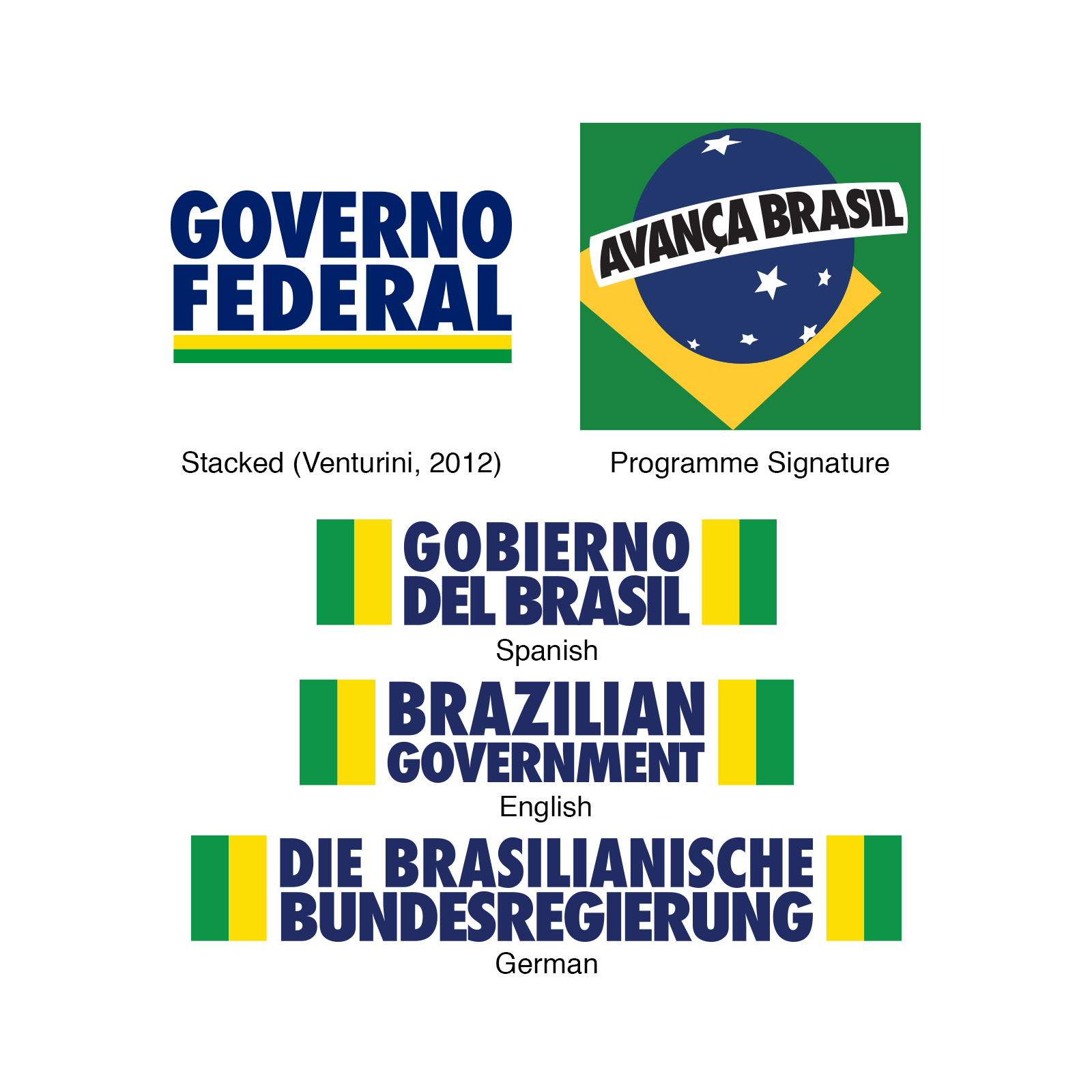 Remarks: This is the visual identifier used for most of the second term of the Cardoso government. When a lay person refers to the Cardoso government’s logo, they most often mean this mark. Stacked, bold Futura in blue is bookended by stripes in green and yellow. The core of the wordmark was introduced in April 1999, though use was further expanded in law thereafter.

From July 1999, the É Tempo de Brasil logo used on communications intended for foreign audiences was discontinued, with whatever localized flavour of “Brazilian Government” is necessary inserted into the 1999 wordmark and used in its place. There appear to be English, French, German, Italian, and Spanish versions of this wordmark, though the list is not exhaustive.

While the foreign governmental identifier was merged into the identity system, the symbol denoting the presidential economic growth programme was taken out of the primary mark. Brasil em Ação was retired in February 2000 in favour of Avança Brasil.

Also in February of 2000, a slogan was added beneath the Governo Federal wordmark. The pan-national Trabalhando em todo o Brasil (“Working all over Brazil”) would be used by the Cardoso government until the discontinuation of this mark.

Title: Manual de Uso da Marca
Author: Secretaria Especial de Comunicação Social
Date: 2000
Remarks: The graphic standards manual for this mark was initally published as a Microsoft Word 1997 document. As NBN understands that Word ‘97 is not exactly something the viewer may have laying around at the ready, a PDF file has been produced as a courtesy. In the event of any orthographic or layout irregularities, defer to the original.

Remarks: The promotional signature for the economic programme, Avança Brasil, is a very nifty logotype. Being a work of 3D computer graphics – full of lights, shadows, transparencies, and textures – it is also not a symbol which takes well to vectorization, and the working files building this symbol did not survive the ravages of time. A rough trace of the flat, CMYK version described in the graphic standards is attached, though the raster will unfortunately have to be taken as the authoritative example. Use the enclosed vector for nominal, descriptive identification, and not as a source of authority for the visual language of this programme.